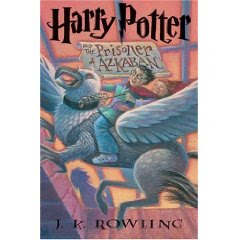 Visit the Harry Potter Exhibit at
Boston's Museum of Science

Boston's Museum of Science is a great place to take kids of all ages on your next visit to New England. Recently, I took in the new Harry Potter exhibit with my two daughters, Elizabeth age 26 and Emily who is 24. I was quite happy they accompanied me to this special exhibit that features props and costumes from the various Harry Potter movies. Liz is studying costume and set design at Yale's Graduate School of Drama, and Emily is a former production assistant for PBS's great kids' program Fetch with Ruff Ruffman, both have a much broader knowledge base of costume and prop production than I, and their comments, observations, and explanations greatly enriched my experience.

It's wonderful that this exhibit is drawing attention to Boston's Museum of Science, pulling people in, and I assume benefiting the museum financially. But I do wish that the young people visiting the exhibit could have experienced the exhibit as I did, their interaction greatly enhanced by more knowledgeable observations and insights, so that they could have gained a stronger concept of the craftsmanship and technology that went into creating the props and costumes. I wish the exhibitors, or the museum, had done a better j0b of linking the art and creativity of the movie world with the art and creativity of the scientific technological world, giving attendees a behind-the- scenes view of how screen magic is really made. After all, it is science museums across the country that are hosting this exhibit.

If you or your young people are a Harry Potter fans and/or a movie buffs, you will enjoy the exhibit; the props are interesting, the costumes in some cases are exquisite. My suggestion would be to make a day of it, spending an hour in the Potter movie exhibit, then spending most of the day exploring the fabulous Museum of Science!

And if your kids have not yet read the Harry Potter books, cap the day when you return home by reading aloud a chapter in one of J.K. Rowling's wonderfully entertaining books. Use the exhibit experience as a catalyst to hours of family reading pleasure sampling the delights of Harry Potter adventures!-- Mary Brigid Barrett, President, NCBLA

For more information about the Harry Potter exhibit, go to:
http://www.mos.org/exhibits_shows/current_exhibits&d=3834

About the Museum of Science, Boston

The Museum takes a hands-on approach to science, engineering and technology, attracting about 1.5 million visitors a year via its programs and 700 interactive exhibits. Founded in 1830, the Museum was first to embrace all the sciences under one roof. Highlights include the Thomson Theater of Electricity, Charles Hayden Planetarium, Mugar Omni Theater, Gordon Current Science & Technology Center, 3-D Digital Cinema and Butterfly Garden. The Museum is the first science and technology center to be approved as a member of the Association of Zoos and Aquariums (AZA). Reaching 25,000 teens a year worldwide via the Intel Computer Clubhouse Network, the Museum also leads a multi-museum, $20 million National Science Foundation-funded nanotechnology education initiative. The Museum's "Science Is an Activity" exhibit plan has been awarded many NSF grants and influenced science centers worldwide. Its National Center for Technological Literacy® aims to enhance knowledge of engineering and technology for people of all ages and inspire the next generation of engineers, inventors, and scientists. The Museum is ranked #3 by Parents Magazine in its list of the country's "Ten Best Science Centers."