“We separated the science lessons from the interactive mystery
so the mystery was a place to practice and
use the information you already learned.”
- Exhibition Creator Geoffrey M. Curley 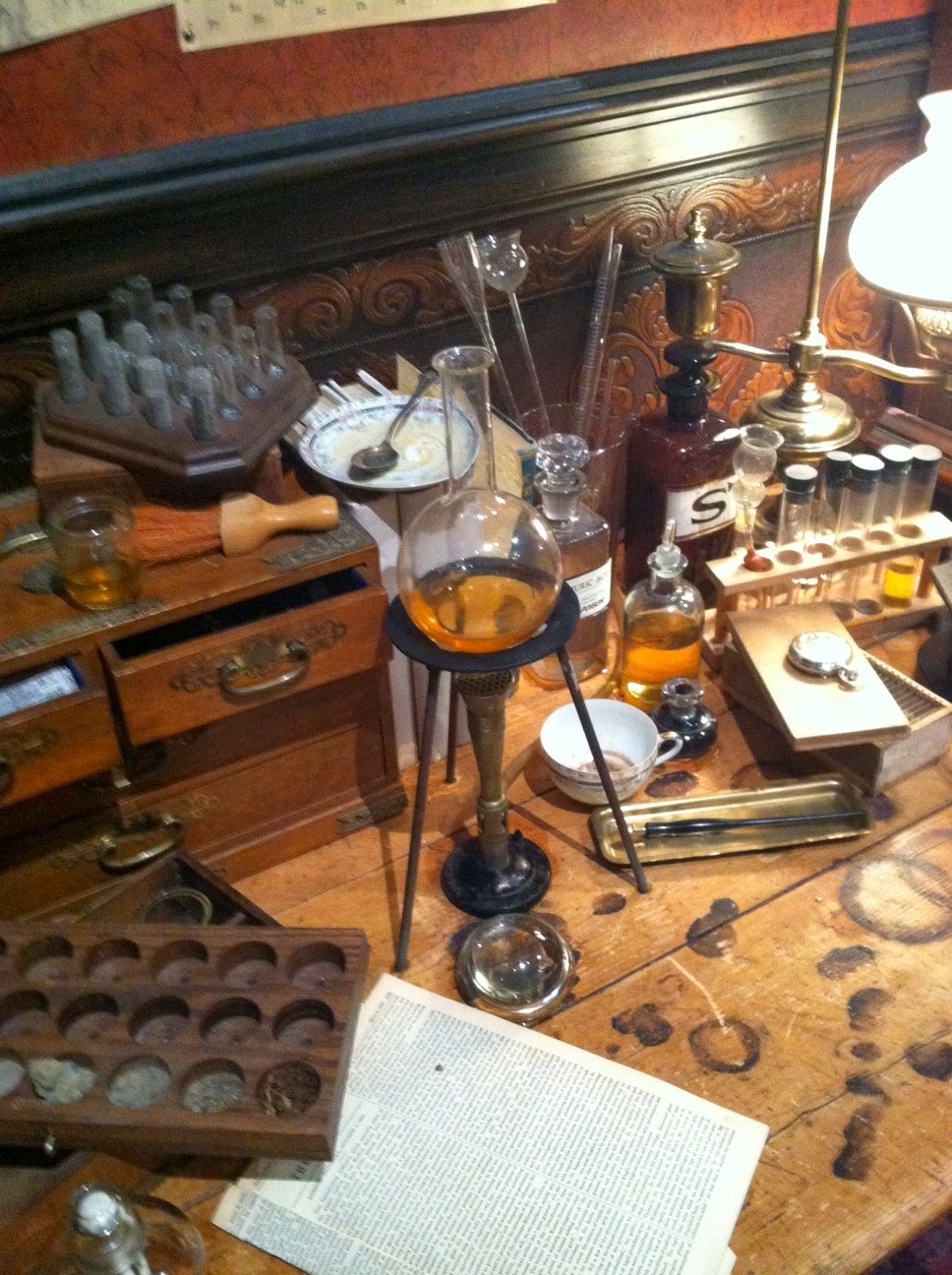 “The International Exhibition of Sherlock Holmes,” a traveling exhibition now at the Center of Science and Industry in Columbus, Ohio, invites history, literature, and science fans of all ages into the streets of Victorian London, where you can follow in the footsteps of Sir Arthur Conan Doyle's master detective Sherlock Holmes and work side by side with the legendary literary figure.  Featuring more than two dozen hands-on, interactive exhibits and 300 original manuscripts, publications, period artifacts, film and television props and costumes, the exhibition encourages visitors to become Holmes’ eyes and ears as he "tackles a baffling new case in a world steeped in innovation and experimentation" 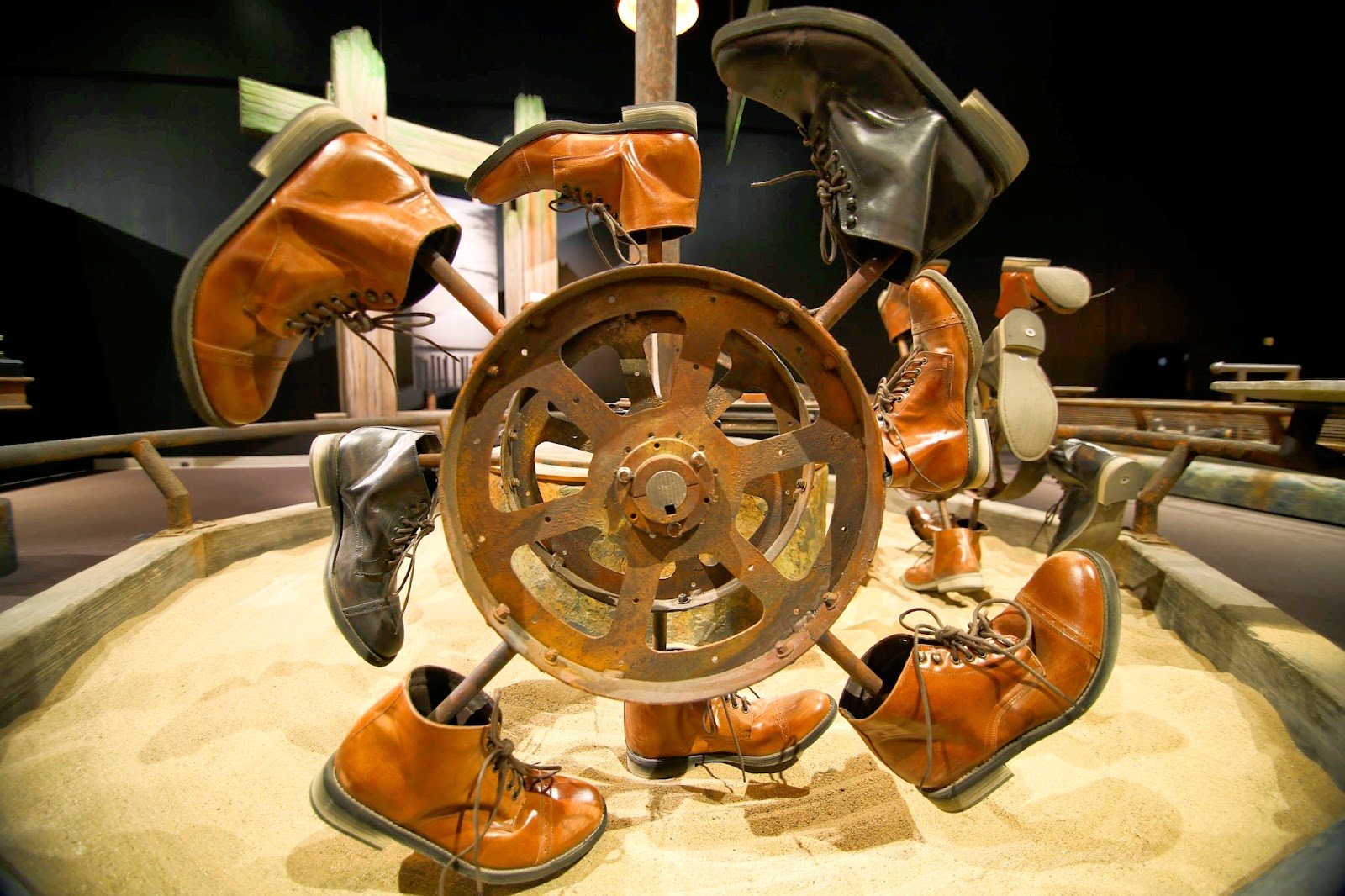 To read the review by Karen Jones "Entering World of Literature's Great Sleuth" in The New York Times, click here.

To learn more about the exhibit at the Center of Science and Industry in Columbus, Ohio, click here.

Ask Your Senators to Support Funding for Libraries and Literacy!

Appropriations season is heating up in Washington, DC. Please call your U.S. Senators by Wednesday, April 2 and ask them to sign two separate "Dear Colleague" letters that will greatly help libraries:

Support Funding for LSTA in FY 2015
Ask your senators to support funding for the Library Services and Technology Act (LSTA). Here's why:

It is SO EASY to make these phone calls! On the ALA Legislative Action Center page, type your zip code into the "Call Now" box to find the number for your senator. Please ensure you call by April 2.

Thank you for supporting literacy and libraries!
Posted by Geri at 7:23 AM

The art of Readers Theater provides an inexpensive and compelling way to get kids reading! Readers Theater is similar to a radio play in that no costumes or props are required. Readers simply stand on stage--or in the front of the classroom!--and read their lines from a script, using their voices to dramatize the production.

The National Children's Book and Literacy Alliance, in partnership with the Center for the Book in the Library of Congress, recently presented a Children's Literary Lights Readers Theater presentation at the 2013 National Book Festival. Following the Festival, the NCBLA created a Readers Theater Education Resource Guide, as well as several scripts, for adults to share with the young people in their lives.

In Grace Lin's middle-grade novel Starry River of the Sky (Little, Brown Books for Young Readers), the moon is missing from the remote Village of Clear Sky, but only a young boy named Rendi seems to notice! Rendi has run away from home and is now working as a chore boy at the village inn. He can't help but notice the village's peculiar inhabitants and their problems-where has the innkeeper's son gone? Why are Master Chao and Widow Yan always arguing? What is the crying sound Rendi keeps hearing? And how can crazy, old Mr. Shan not know if his pet is a toad or a rabbit? But one day, a mysterious lady arrives at the Inn with the gift of storytelling, and slowly transforms the villagers and Rendi himself. As she tells more stories and the days pass in the Village of Clear Sky, Rendi begins to realize that perhaps it is his own story that holds the answers to all those questions.


The Readers Theater script for Starry River of the Sky engages young people in the folktale "The Story of the Old Sage," one of many embedded in Lin's novel.

To learn more about Grace Lin and her books, visit her website: GraceLin.com.
Posted by Geri at 12:09 PM

The NCBLA congratulates our volunteer writer and Advisory Board member Renee Critcher Lyons on the publication of her book Foreign-Born American Patriots: Sixteen Volunteer Leaders in the Revolutionary War (McFarland), now available on shelves in a library or for purchase from a bookstore near you. 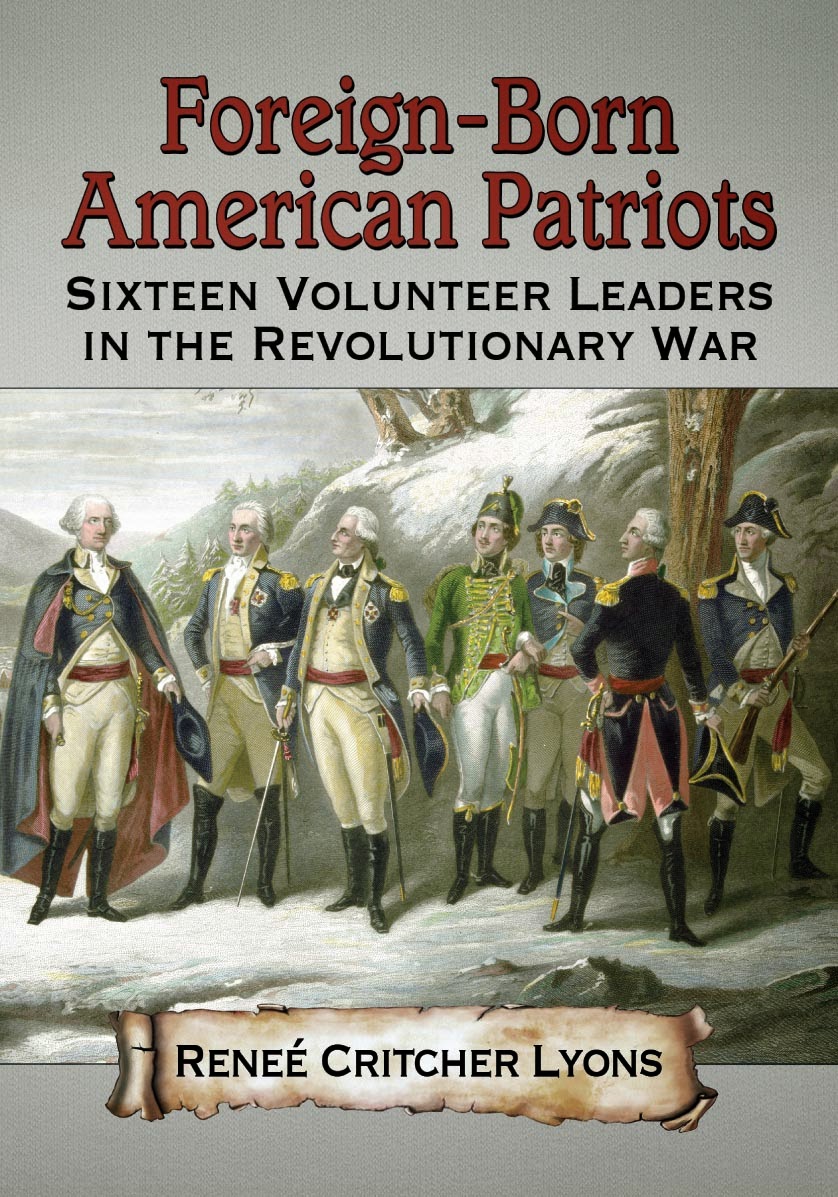 Foreign-Born American Patriots portrays sixteen volunteers:  the writers, soldiers, merchants, farmers, sailors, guerilla fighters, pirates, financiers, and cavalry leaders, who traveled from abroad to join the American revolutionary cause. Such portraits consider Patriots John Paul Jones, Thomas Paine, and Baron von Steuben, but also lesser known heroes, such as Founding Father Pierce Butler and Washington’s One-Man-Army, Peter Francisco.  Each profile discusses the personal experiences influencing the volunteer leader’s decision to fight for the fledging country, the sacrifices these brave men endured for the benefit of an American victory, and the unique talents respectively contributed to the war effort.  All chapters include a listing of landmarks (or in some instances, lack thereof) which honor these incredible visitors or immigrants who ensured the perpetuation of the ideals and values of the American Republic.

Renee’ Critcher Lyons is an assistant professor in the School Library Media Program at East Tennessee State University in Johnson City, teaching children’s and young adult literature.  Prior to her appointment at ETSU, she served as a school/instructional librarian for eight years at the elementary and middle school level and nine years at the high school/community college level.  She is a graduate of the Vermont College of Fine Arts’ MFA Program in Writing for Children and Young Adults and the Appalachian State University Masters in Library Science Program. 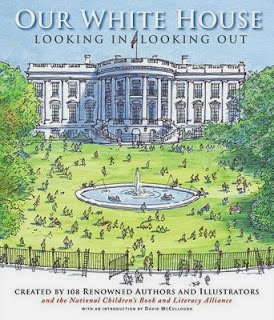 Be sure to check out these online articles by Renee on OurWhiteHouse.org: 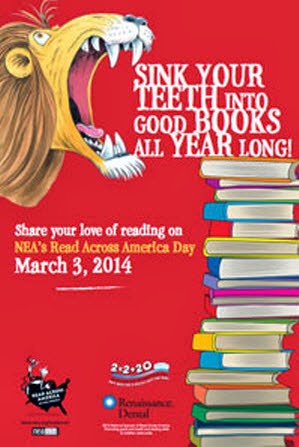 Grab your hat and read with the Cat in the Hat today, Monday, March 3, 2014, for the 17th annual Read Across America Day. The Seussical celebration kicks off a week of reading across the nation as NEA members gather students, parents, and community members together to share their love of reading.

For an extensive list of resources to make the most of reading in your classroom, library, or home, visit the NEA website.