Let's Put On A Show and
Other Summer Amusements:
Great Ways to Get Your Kids Writing this Summer and Liking It! 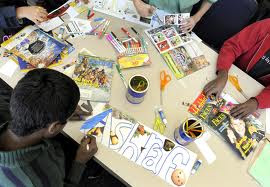 How often have you hear this sad summer refrain from your children, “Mom, we're bored. We have nothing to do." I remember hearing it often by mid-summer when the heat drained my kids' energy or their friends went away on vacation.

The best summer pursuits engage kids' imaginations. Many of the anti-boredom activities I suggested to my kids had underlying educational value of which they were blissfully unaware. Today, as then, children often only engage in writing activities as a result of school assignments. As a result, many kids view writing as a chore. Summer is a great time to get kids writing for pleasure.

Here are suggestions for fun summer activities which will keep your kids entertained and occupied, and at the same time improve their language and writing skills-perhaps long enough for you to get something done:

Gather all your board games together that deal with word play: Scrabble, Balderdash, Scattergories, Boggle, Password, etc. Hide them away for a few weeks. Eventually, your children will tire of all their electronic games. When they do, announce that the first annual "___________(your last name) Board Game Marathon" will take place on your kitchen table, or weather permitting, your deck or porch the following day. Stipulate the order of play for the games and how many times each game must be played before moving on to the next game. Pick a scorekeeper to track the winners. Step back and let them go to it. Provide a great snack and award the winners double-decker ice cream cones. At my house, the board game marathon ran for a week!

Suggest that they write their own play or show and perform it live and/or video the performance. Visit your local library and ask your librarian for a book which contains plays for children. Look through the book with your kids. Immediately, they will notice that plays are not only structured differently from a novel or story, they are written differently, too. Discuss how plays are structured in acts and scenes, as opposed to chapters in a novel. Plays are written in dialogue or conversations, with directions which tell the actors what to do. Make them directors and playwrights. They can write a play and make photocopies of the original for their cast. They can audition their friends for the parts in the play. Non-performing friends and siblings can make costumes out of paper or from things around the house. Big appliance size cardboard boxes are great for scenery, and an old sheet thrown over a clothes line makes a great stage curtain indoors or outdoors. Your library will have books which can help them do all of the above. The most important thing is that they do the work, not you. When all is ready they can perform for family and neighbors.

Have them write and perform a puppet show. First they have to write the show out completely. Then puppets can be made from just about anything. Again your local library will have books, written just for kids, on how to make simple puppets. Hand puppets are easily made using markers and paper lunch bags. Stick puppets can be made from paper and Popsicle sticks. Cut off the bottom and one long side of any cardboard box and you have a puppet theater.

Help your child create a summer memory journal. At your local art supply store, purchase a blank sketchbook for your child. They are available in different sizes and prices. Also supply your child with a glue stick and a variety of writing instruments. Before or after dinner, give your child the time to write about the events and activities of the day. Encourage them to write down their feelings and reactions, too. They can also illustrate their activities with drawings or photographs. And suggest that they glue in an item that symbolizes that day: a flower from the yard, a piece of shell from a beach, a baseball game ticket. They can write or draw or glue anything in the journal, anyway they want. They can ask family members to contribute to the journal, too. At the end of summer ask them to show and share their journal with the family.

If you plan to travel this summer, buy your kids their own private address book and have them write down their friends' addresses before you leave. Put together a surprise present, a folder which they can take with them on your travels. The folder should contain postage stamps, envelopes, writing paper, and blank postcards. Add their new address book. They'll love if the folder is in their favorite color. In the car, at the pool, on a plane, or at the end of the day in your hotel or tent, encourage them to take a quiet moment and write a note or card to their friends back home. Their folder will provide all the items they need.

Save the Date! NCBLA at the National Book Festival, Sunday, September 22, 2013 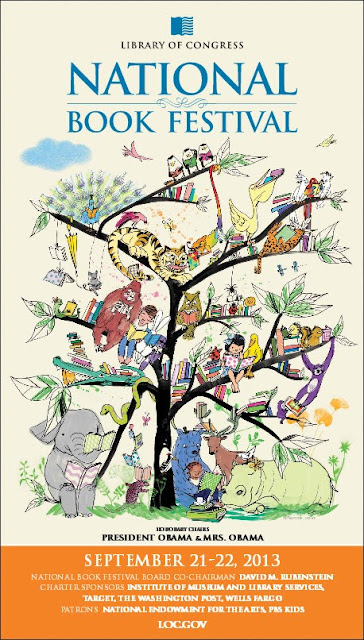 The National Children's Book and Literacy Alliance, in conjunction with the Center for the Book in the Library of Congress, is thrilled to be presenting a Children's "Literary Lights" Readers Theater presentation at this year’s National Book Festival. The "Literary Lights" presenters will include two former National Ambassadors for Young People's Literature--Katherine Paterson and Jon Scieszka--as well as award-winning authors Susan Cooper and Grace Lin. Readers Theater is a dramatic presentation of a written work in script form, similar to a radio play. The Readers Theater presentation will include readings from all four participating authors' books. 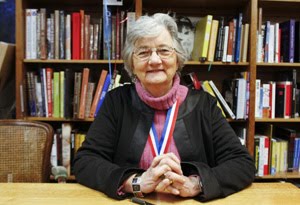 Katherine Paterson is a former National Ambassador for Young People’s Literature, an honor co-sponsored by the Library of Congress Center for the Book and the Children’s Book Council. Her international fame rests not only on her widely acclaimed novels but also on her efforts to promote literacy in the United States and abroad. A two-time winner of the Newbery Medal and the National Book Award, she has received many other accolades for her body of work, including the Astrid Lindgren Award for Lifetime Achievement. She is also a vice president of the board of directors of the NCBLA. Her new book is Giving Thanks (Chronicle Books), featuring Pamela Dalton’s exquisite cut-paper illustrations. Learn more about Paterson and her books on her website. 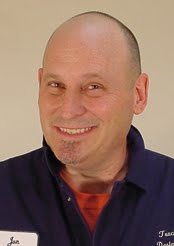 Jon Scieszka was the first National Ambassador for Young People's Literature, a program sponsored by the Library of Congress Center for the Book and the Children’s Book Council. His zany, somewhat subversive sense of humor is evident in such best-sellers as The Stinky Cheese Man and Other Fairly Stupid Tales and The True Story of the 3 Little Pigs. He also has a book series and website that encourages boys to read more called Guys Read. Scieszka’s new book is Guys Read: Other Worlds (HarperCollins). Learn more about Sieszka and his books on his website. 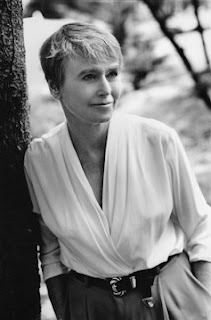 Susan Cooper is the author of the classic five-book series The Dark Is Rising, which won a Newbery Medal, a Newbery Honor Award and two Carnegie Honor Awards. Cooper has also received the Margaret A. Edwards Award from the American Library Association for a “significant and lasting contribution to young adult literature.” Born in England, Cooper was a reporter and feature writer for the London Sunday Times before coming to live in the United States. Her writing includes books for children and adults, a Broadway play, films and Emmy-nominated screenplays. Ghost Hawk (Margaret K. McElderry/Simon & Schuster) is her latest novel. She is a member of the board of directors of the NCBLA. Learn more about Cooper and her books on her website. 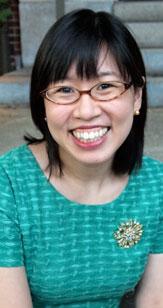 In 2010 Grace Lin won a Newbery Honor for Where the Mountain Meets the Moon, an Asian-inspired fantasy that some people compare to The Wizard of Oz. Many of Lin’s books feature members of her family. “My mother and I were star characters in my first book,” says Lin. That book was “The Ugly Vegetables.” In addition to writing her books, Lin also illustrates them. She is a graduate of the Rhode Island School of Design. Her new book is Ling & Ting Share a Birthday (Little, Brown). Learn more about Lin on her website.

Each year the National Book Festival features authors, poets, and illustrators in several pavilions. This year two pavilions are dedicated to authors and illustrators who write and illustrate books for children and teens.  The festival is a family friendly event, providing an opportunity for readers of all ages to meet and hear firsthand from their favorite authors and illustrators, get books signed, hear special entertainment, and have photos taken with storybook characters. Learn more at the official website:  loc.gov/bookfest