No Funds to Sponsor
an Author Visit to Your School or Library?
Watch Webcasts of Favorite Authors for Young People on the Library of Congress Website

The Library's webcast library enables you and the young people in your life to watch and listen to their favorite authors. To check out the webcasts from the 2013 National Book Festival, click here.  Webcasts from previous years are also available, providing videos of hundreds of authors talking about their books for readers young and old!


And you won't want to miss the video of the National Children's Book and Literacy Alliance's Readers Theater presentation, which featured two former National Ambassadors for Young People's Literature--Katherine Paterson and Jon Scieszka--as well as award-winning authors extraordinaire Susan Cooper and Grace Lin! Also participating were special guests Carol Rasco, President and CEO of Reading Is Fundamental, and literacy advocate Lynda Johnson Robb, a founding board member and Chairman Emeritus of RIF. NCBLA President and Executive Director Mary Brigid Barrett introduced the presentation, which was created for adults and children of all ages. 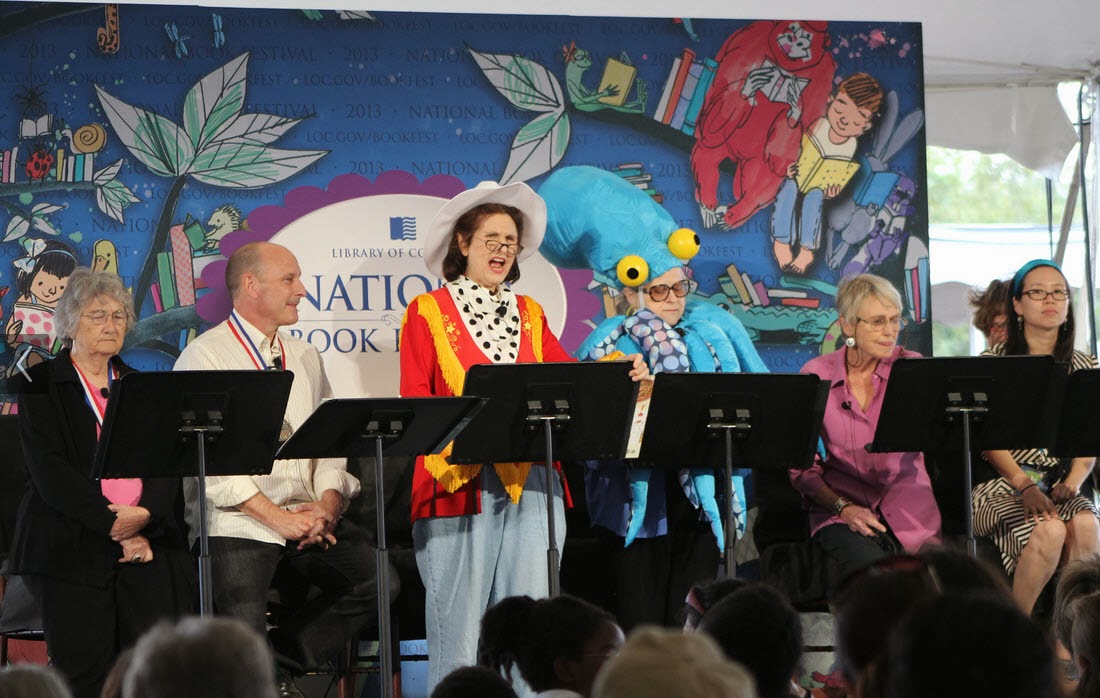 Congratulations to Lemony Snicket, Honored with the 2014 Charlotte Zolotow Award for Outstanding Writing in a Picture Book 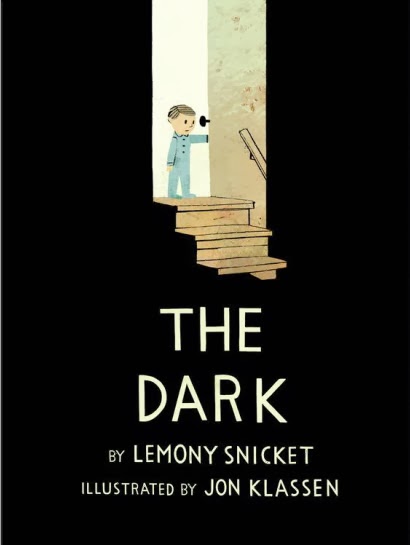 The Dark, written by Lemony Snicket and illustrated by Jon Klassen, is the winner of the seventeenth annual Charlotte Zolotow Award for outstanding writing in a picture book. The award is given by the Cooperative Children's Book Center, a library of the School of Education at the University of Wisconsin-Madison, and will be presented in Madison this spring.

According to the Cooperative Children's Book Center's blog, "Lemony Snicket’s playfully serious picture book personifies one of the most common fears of childhood. Laszlo doesn’t like the dark, which lives in his basement during the day. 'At night, of course, the dark went out and spread itself against the windows and doors …'   One night, the dark, which has a voice “as creaky as the roof of the house, and as smooth and cold as the windows,” lures Laszlo out of his room. The narrative builds anxiety and anticipation as Laszlo hesitantly descends through the house. Then a wonderful cascade of language creates a sudden shift in pace, mood and perspective, inviting readers and listeners to consider the dark in new light—as a presence with purpose. Lemony Snicket never trivializes children’s fear of the dark. Instead he acknowledges that fear while elegantly traversing the tension it creates to arrive at a point of reassurance and humorous possibility, where the dark is both illuminated and illuminating. The Dark was edited by Susan Rich, editor-at-large, and published in the United States in 2013 by Little, Brown Books for Young Readers."

To read more about the award from the CCBlog, click here.

To read more about Lemony Snicket and his books, visit his website LemonySnicket.com.

Snicket is a contributor to the NCBLA's progressive story game The Exquisite Corpse Adventure, created as a national reading and writing initiative in partnership with the Center for the Book in the Library of Congress.
Posted by Geri at 6:59 PM

Conference for Teachers and Librarians at JFK Museum April 3

JFK Presidential Library and JFK National Historic Site to Present Conference for Teachers and Librarians of Grades 3-8
"To Light the World:
Stories of Hope & Courage
for Challenging Times"
April 3, 2014

When bad news dominates the headlines and children are bombarded with frightening images from streaming media, we find ourselves looking for ways to explain and reassure. In these times, stories of hope, courage and resilience can offer an inspirational counterbalance.

This year’s conference features conversations with award-winning authors whose books inform and inspire young readers. Workshop sessions present strategies and resources for helping students engage with issues of concern, encouraging them to believe that they, too, can make a difference in the world.

To Light the World: Stories of Hope and Courage forChallenging Times will be held at the JFK Library in Boston, Massachusetts on April 3, 2014 from 8:00 AM to 3:00 PM. The program will include Walter Dean Myers, Doreen Rappaport, and Susan Campbell Bartoletti as featured speakers.

The registration fee is $100 and includes handouts, morning
coffee,and lunch. Registration form and payment must be
received by March 12, 2014.

For more information, including complete registration information, visit the To Light the World webpage on the JFK National Park Service website.
Posted by Geri at 8:07 AM 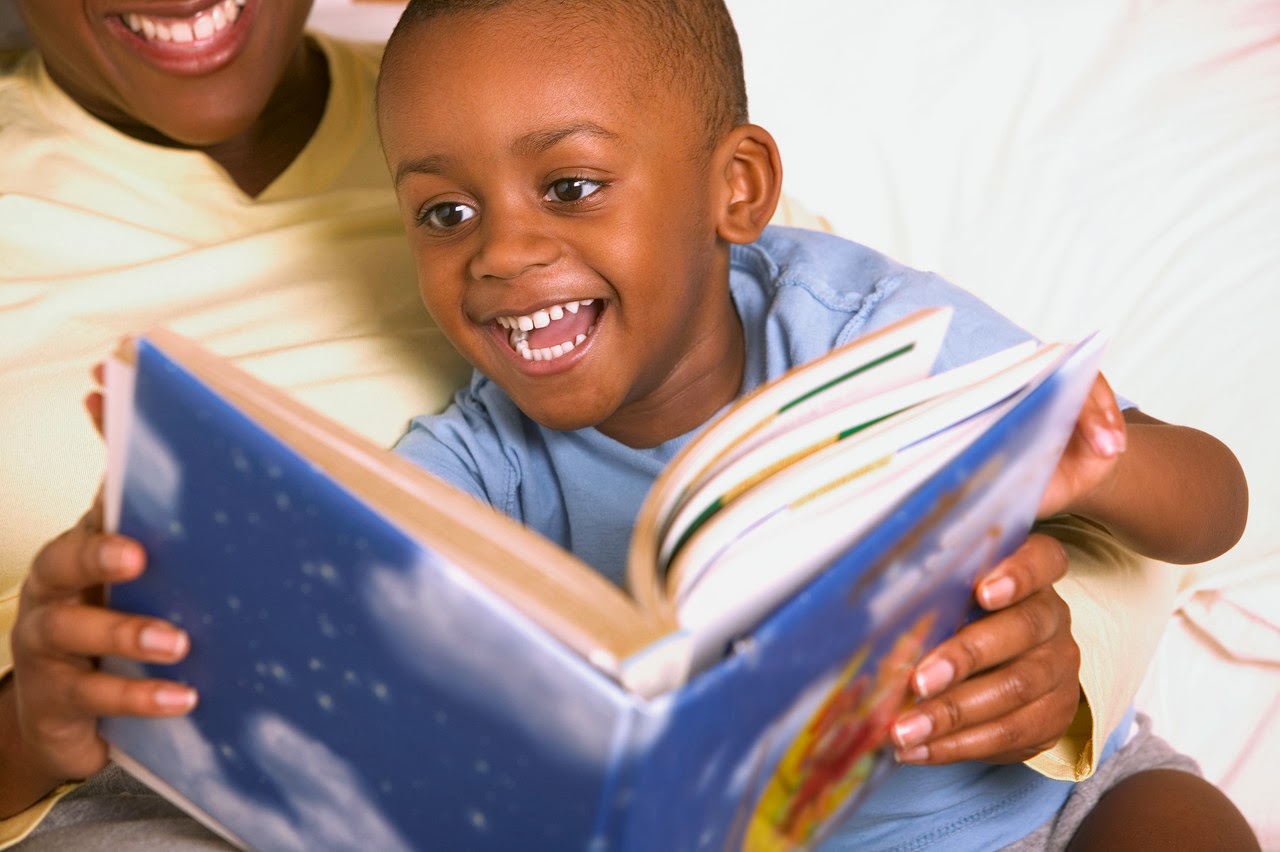 Many kids hear what you say. Some kids do what you say. All kids do what you do. This year, whether it is your child's first year of school or last, show them you support reading and education. As parents we all have goals and expectations for our children. The best way to help our children achieve their educational goals is to stop telling them what to do and begin showing them what to do.

An effective way of helping your children or teens become great readers is to read yourself. Read in front of them. Read newspapers, magazines, books, the backs of cereal boxes, the directions on a cake mix. Read aloud the song lyrics from your favorite CDs. Read in the bathroom and at the breakfast table. Read at the beach and keep books on your nightstand. Take your kids to the library and make sure they see your pleasure checking out reading materials for yourself.

When they interrupt your reading with requests and questions, make them wait until you've finished the page or the chapter before you respond. And, once in a while, after a hard day at work, let them see you turn off your favorite television program and relieve your stress and exhaustion by reading an entertaining book, one you just can't put down. More than words, that one act alone will make them understand that reading and books are not only a valuable experience, they are a desirable experience.

Very often a child or teen will participate in an activity or develop an interest if it gains them attention from the adults in their lives whom they respect and love. That's a great deal of power, and if we adults are smart we will use it wisely. Don't just tell kids that school and education are important, show them:

• When educational issues are up for a vote in your community, take your children with you to the polls and let them see that you care enough about their education to take the time to vote.

• Make sure your children's and teens' teachers know who you are and that you care about the education your children receive. Support and attend your kids' school activities as much as your life commitments permit.

• If you are a single working parent and time considerations limit your classroom participation, talk to your children's teachers and investigate other ways that you can support your children and their classroom activities at home.

• Share your living skills with your kids. Show them how you balance a checkbook and keep a household budget. Have them read a recipe when you cook, or read and interpret directions and manuals when assembling household equipment and when making household repairs. And when you engage your kids in these activities, demonstrate how the skills you learned in school — reading, math, and thinking skills — help you accomplish a particular activity.

• Whatever your occupation, take your children to your workplace and let them know how the knowledge you acquired in school applies to your line of work. Show them how you use acquired knowledge on the job. Kids of every age need to see that what they learn in school does have vast practical applications.

Take a chance and share your life passions with your children. Share your feelings of wonder. If you fish, fish with them. If you knit or sew, spend time teaching them to knit and sew. Let your kids see you contemplate a summer night's sky and wonder aloud at its magnificence. Education should be about discovery, about the joy in learning about one's self and the world. Some of our children do not find that joy in their classrooms, but as loving parents we can instill a joy in learning with our kids at home.

For more great articles and tips to help the young people in your life become lifelong readers, visit the NCBLA's Parent and Teacher Handbook. 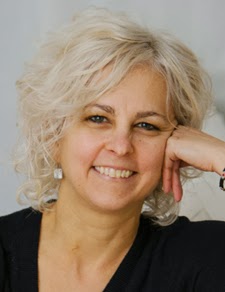 Kate DiCamillo has been named the fourth National Ambassador for Young People’s Literature, appointed by Librarian of Congress James H. Billington in January 2014. The National Ambassador for Young People’s Literature raises national awareness of the importance of young people’s literature as it relates to lifelong literacy, education, and the development and betterment of the lives of young people.

The award-winning DiCamillo has chosen “Stories Connect Us” as the theme for her platform. 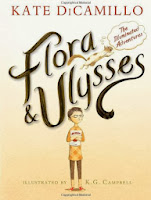 DiCamillo is the author of many books for young readers. Her books have been awarded the Newbery Medal (The Tale of Despereaux, 2004), the Newbery Honor (Because of Winn-Dixie, 2001), the Boston Globe Horn Book Award (The Miraculous Journey of Edward Tulane, 2006), and the Theodor Geisel Medal and Honor (Bink and Gollie, co-author Alison MdGhee, 2011; Mercy Watson Goes for a Ride, 2007). DiCamillo's most recent book is the novel Flora & Ulysses, illustrated by K. G. Campbell and published by Candlewick Press. 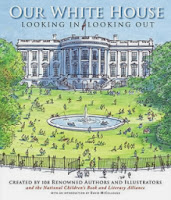 DiCamillo is a contributor to the NCBLA's award-winning anthology Our White House: Looking In, Looking Out. She also contributed two stories to the NCBLA's progressive story game The Exquisite Corpse Adventure, created as a national reading and writing initiative in partnership with the Center for the Book in the Library of Congress.

The Center for the Book in the Library of Congress; the Children's Book Council (CBC); and Every Child a Reader (ECAR), a 501 (c)(3) literacy organization dedicated to instilling a lifelong love of reading in children, are the sponsors of the National Ambassador for Young People's Literature initiative.